Park Sutton Advisors is a leading investment banking boutique that specializes in the financial services sector. We are committed to developing partnerships built on trust, powered by objective expertise, and focused on achieving both your immediate and long-term goals.

By choice, we pursue a limited number of projects at a given time to enable our senior partners and professionals to deliver the absolute highest level of service, solutions, and success to you. 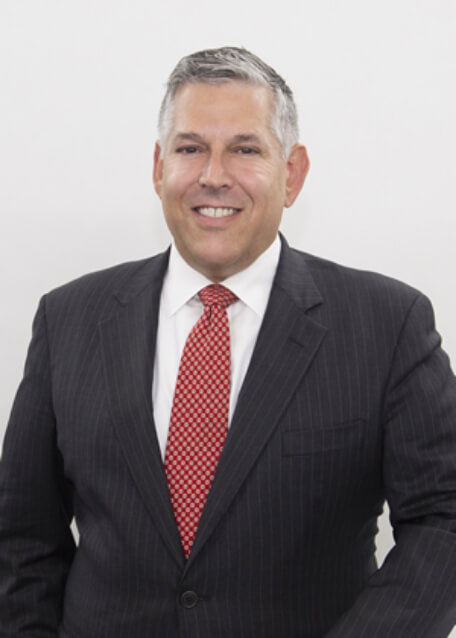 Steve founded Park Sutton Advisors in 2008, and actively leads the firm today, working closely with our clients to build trusted partnerships that lead to optimal results. Over his 25-year investment banking career, Steve has completed over 130 assignments.

Steve has worked closely with asset and wealth managers, broker-dealers, and fund administrators globally. Prior to founding Park Sutton Advisors, he was a partner at Cambridge International Partners and led the North American practice at MilleniumAssociates. He also worked at Putnam Lovell.

Steve holds a Bachelor of Arts in Economics from Stanford University and a Masters of Business Administration in Finance from The Wharton School at the University of Pennsylvania. He is also an alumnus of Manhattan’s Stuyvesant High School. He is fluent in Spanish and lived in Mexico City for several years between attending Stanford and Wharton.

Steve is an active speaker at industry events and contributor to industry publications. From 2007 to 2017, he was a participant in the CFA Institute’s Speaker Retainer Program, frequently speaking on the valuation of asset and wealth management firms. He has also served as an instructor at Baruch College of the City University of New York. He is on the Oak Street Funding RIA Advisory Board, and is a member of the Fidelity Institutional M&A Leaders Forum. He holds Series 7, 24, and 63 registrations. 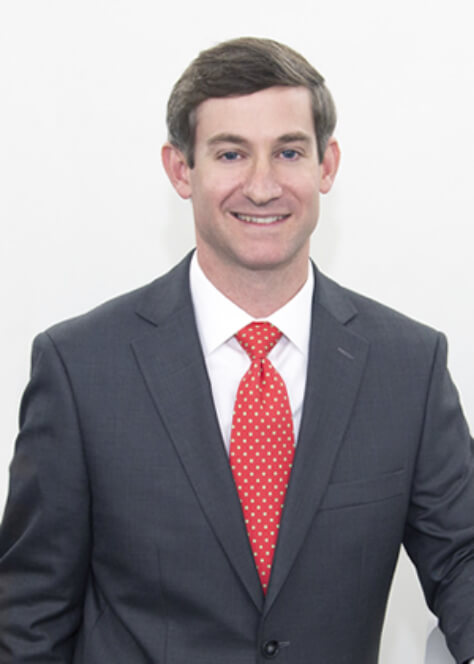 Prior to joining Park Sutton Advisors, John founded Elko Creek Capital, a merger and acquisition advisory firm with a focus on small businesses in the Southeast. Previously, John was a partner at Patton Albertson & Miller, LLC, a fee-only RIA with locations in Atlanta and Macon, GA, where he served on the management team and investment committee while leading a wealth management team. During his tenure at Patton Albertson & Miller, he also served as Director of Business Development and launched the firm’s business brokerage and merger & acquisition advisory services.

John began his career as a Financial Advisor and Analyst on institutional consulting teams at Merrill Lynch and Wachovia Securities in Atlanta. He works with owners and management teams of privately held asset and wealth managers, providing exit planning, strategic advisory, and merger & acquisition advisory.

John received his Bachelor of Science in financial planning from the University of Georgia and is a CERTIFIED FINANCIAL PLANNER™ practitioner. He has previously served as a board member and endowment committee member for the Boy Scouts of America Central Georgia Council, has been a member of multiple financial planning organizations, and is currently involved in multiple local charities. 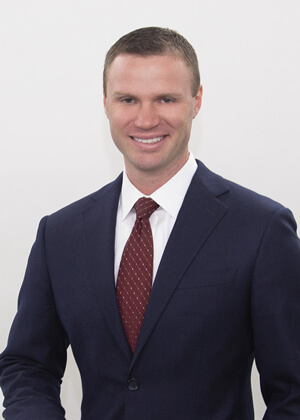 Dan has spent 12 years across multiple facets of the financial services industry. His current duties include leading transaction execution and strategic assignments while managing junior staff. Dan’s prior experience includes sell-side equity research and credit research, primarily covering global and boutique investment banks, and asset managers. His prior background in the financial and wealth planning industry has proven a well-rounded foundation for working with clients.

Prior to joining Park Sutton Advisors, Dan was an Equity Research Associate Analyst and Team Leader in Bloomberg LP’s Intelligence research group, where he oversaw the Financials Sector Associate Analyst team. Dan led equity coverage of such companies as: Lazard, Evercore, and Moelis and was auxiliary analyst on firms including Bank of America, Citigroup, Goldman Sachs, JPMorgan, Morgan Stanley, and BlackRock. Research he contributed was consistently within the top two most read among all Analyst/Associate Analyst teams within Bloomberg’s 250 analyst research arm.

Previously, Dan held equity and credit research roles at both MKM Partners and DBRS, Inc. handling a similar coverage universe, in addition to middle-market firms and regional banks. He started his career at AXA Financial, eventually becoming a Vice President & Securities Principal, responsible for recruiting and overseeing a team of advisors.

Dan received his Bachelor of Science in Finance with a Minor in Statistics from the University of Maryland at College Park. He is a member of the CFA Institute and holds the Chartered Financial Analyst designation. He also holds Series 7, 24, and 63 registrations. He is an active supporter of the National Multiple Sclerosis Society, annually raising donations to further its cause. 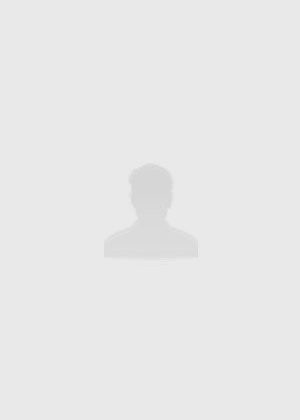 Andrew has spent over 7 years in the financial services industry. Prior to joining Park Sutton Advisors, Andrew’s experience was predominantly in Commercial Banking for the Southwest Region of the US, working within Industrials, Logistics, and Real Estate industries.

Andrew was an Assistant Vice President within Wells Fargo’s Middle Market Banking Group where he held several positions, including Business Banker, Business Relationship Manager, and Credit Analyst. In addition to sourcing deals, managing a portfolio of clients, and underwriting and analyzing various entities, he mentored and coached junior analysts and bankers within a formal mentorship program.

Andrew started his career with Capital Bank where he worked in multiple divisions, including Loan Operations, Accounting, and Compliance.

Jorge is a Researcher with Park Sutton Advisors, digging deep into emerging trends and the companies that drive them. After starting his career in actuarial science, he has held a wide range of positions in equity research, risk management, and institutional investor relations over the past three decades. Jorge has worked on billions of dollars of M&A transactions, and corresponding capital raises in Asia, Europe and the Americas. More importantly, he is here to understand your business, frame it in the right context, and serve as a connector to maximize its value.

Chelsea’s past experience has predominantly been in the Arts as a Producer, Actor and Director. She still works actively in the field and owns a film production company, StavisFilm. Chelsea holds a Bachelor of Fine Arts in Musical Theatre from The University of Oklahoma. 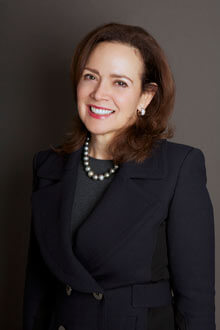 Suzanne is also a member of the boards of Sanderson Farms, Inc., a NASDAQ listed company and Pan-American Life Insurance Group. From 2014 to 2018, she served on the board of the Federal Reserve Bank of Atlanta, New Orleans branch. Previously, she was President of the New Orleans market for Regions Bank, where she was responsible for all activities in four city markets. Other past experience includes creating a Wealth Management group of a regional bank and serving as Partner in Arthur Andersen & Co worldwide partnership where she was a member of the firm’s Family Wealth Planning specialty team.

A graduate of Louisiana State University, Suzanne holds the CIMA® certification, administered by the Investments and Wealth Institute®, is registered as an Investment Advisory Representative and is a CPA-Inactive. She is the recipient of numerous awards for her many years of non-profit service, and currently serves on the boards of the Ochsner Health System, The National World War II Museum, and the Business Council of New Orleans.

Thomas New is Chief Operating Officer of Verdence, a Registered Investment Advisory firm headquartered in Hunt Valley, Maryland. Tom oversees the day-to-day business at Verdence. Tom is also a part of the executive team that sets the strategic vision for the Firm, where he constantly challenges the team to provide exceptional financial services. Previously, Tom worked for 15 years at Morgan Stanley as a Senior Vice President.

Tom has served on various boards within the industry and his community including Morgan Stanley’s Management Leadership Counsel, Foundation Board Member of Mt. Washington Pediatric Hospital, and Planned Giving Board Member of Kennedy Krieger Institute. Tom received his Bachelor’s Degree from Loyola College in Maryland.

A graduate of Lafayette College, Tom received his Bachelor’s Degree in Government and Law. He also holds the professional designations of Chartered Financial Analyst®, CERTIFIED FINANCIAL PLANNER™, Chartered Financial Consultant®, and Accredited Investment Fiduciary®. Tom remains active in his community, serving on a wide variety of boards and committees, including the Northeast Advisory Board of Lafayette College, the Finance Committee of the Cathedral of Saint John The Theologian, Northvale PAL, Inc., NV Eagles Youth Football, and the Bergen County Junior Football League. 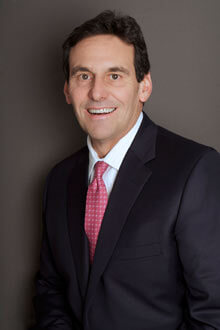 Gerry Seizert is the Founding and Managing Partner at Heron Bay Capital Management where he is responsible for overseeing the firm’s operational and investment teams to coordinate services for clients. He uses his passion for investing to drive research, asset allocation, and client relationships.

Before Heron Bay Capital Management, Gerry was a Founding Partner of Seizert Capital Partners, an institutional investment management company, in 2000. From April 1995 to December 1999, Gerry served Munder Capital Management, LLC as a Managing Partner and Chief Investment Officer – Equities. From January 1998 to July 1999, Gerry was also the Co-Chief Executive Officer of Munder Capital Management. From December 1984 to April 1995, Gerry was employed by Loomis, Sayles & Co., LP From January 1991 to April 1995, he was the Managing Partner of the Detroit office, a member of the firm’s Board of Directors and served on the firm’s Investment Policy Committee.

Prior to 1984, Gerry was employed by First of America Bank, where he was a Vice President and Portfolio Manager. Prior to moving to Michigan in 1978, Gerry was with BancOne, where he worked for the holding company in a strategic planning capacity. Prior to BancOne, he was employed by Austin Financial Advisors, a firm specializing in consulting to banks and bank holding companies.

Gerry currently serves as Trustee for Beaumont Hospital serving on the Financial Subcommittee on Investments and is a Director of the Advent/Claymore Funds. He is a member of the CFA Society of Detroit. Gerry holds both a Bachelor’s and Master’s Degree in Finance from the University of Toledo.

We use cookies on our website to give you the most relevant experience by remembering your preferences and repeat visits. By clicking “Accept All”, you consent to the use of ALL the cookies. However, you may visit "Cookie Settings" to provide a controlled consent.
Cookie SettingsAccept All
Manage consent

This website uses cookies to improve your experience while you navigate through the website. Out of these, the cookies that are categorized as necessary are stored on your browser as they are essential for the working of basic functionalities of the website. We also use third-party cookies that help us analyze and understand how you use this website. These cookies will be stored in your browser only with your consent. You also have the option to opt-out of these cookies. But opting out of some of these cookies may affect your browsing experience.
Necessary Always Enabled
Necessary cookies are absolutely essential for the website to function properly. These cookies ensure basic functionalities and security features of the website, anonymously.
Functional
Functional cookies help to perform certain functionalities like sharing the content of the website on social media platforms, collect feedbacks, and other third-party features.
Performance
Performance cookies are used to understand and analyze the key performance indexes of the website which helps in delivering a better user experience for the visitors.
Analytics
Analytical cookies are used to understand how visitors interact with the website. These cookies help provide information on metrics the number of visitors, bounce rate, traffic source, etc.
Advertisement
Advertisement cookies are used to provide visitors with relevant ads and marketing campaigns. These cookies track visitors across websites and collect information to provide customized ads.
Others
Other uncategorized cookies are those that are being analyzed and have not been classified into a category as yet.
SAVE & ACCEPT
Menu